New Paris Museum for One of World's Top Art Collections

One of the world's biggest private art collections, amassed by French billionaire Francois Pinault, is to be housed in a new Paris museum a stone's throw from the Louvre, the city's mayor said Wednesday 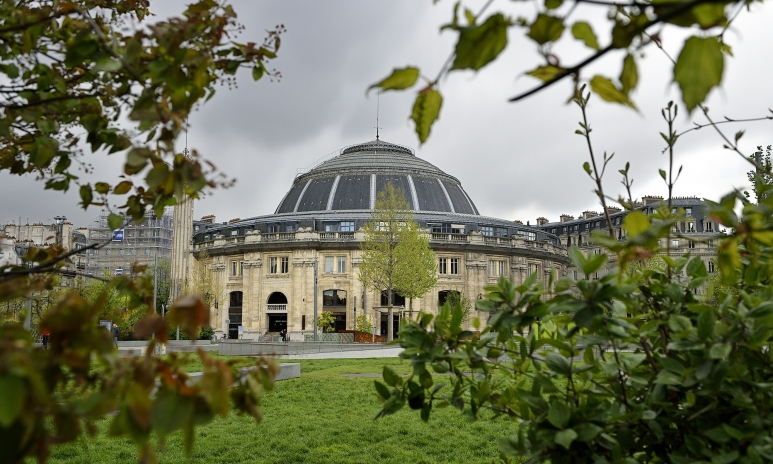 Luxury goods mogul Pinault, who also owns the auction house Christie's, is taking over the domed Bourse de Commerce in the centre of the French capital to show his 1.4-billion-dollar (1.2-billion-euro) collection of modern masters.

Mayor Anne Hidalgo, who negotiated the deal, described the museum as "an immense gift to the heart of Paris".

Pinault, 79, has collected an enormous trove of work, from Mark Rothko to Damien Hirst, which he now shows at his private museums in Venice after failing for decades to find a suitable home for them in Paris.

"I am delighted, this is a great day for the city," Hidalgo told AFP, pointing out that the new museum is also only a few hundred metres from the Pompidou Centre, which houses Europe's biggest contemporary art collection.

She praised Pinault and his great business rival, France's richest man Bernard Arnault -- who opened his own Frank Gehry-designed Louis Vuitton Foundation for his art collection 18 months ago -- for helping put Paris back on the modern art map.

"It is great to have our captains of industry helping to fly our colours. With this and the FIAC art fair, Paris is regaining its place in contemporary art," she added.

Pinault told reporters that he wants the galleries in the historic rotunda -- whose dome the US founding father Thomas Jefferson once compared to St Peter's in Rome -- to open in 2018.

But even Pinault admitted that it might be a bit tight.

"The advantage, however, of having someone who is enthusiastic and a bit crazy, is you can seize the opportunity when it arises," he said.

The former corn exchange is also part of a one-billion-euro urban renewal project to give what Hidalgo calls a "new beating heart" to the city's Les Halles district.

Paris's magnificent 19th-century central market was bulldozed in the 1970s to make way for an airless underground shopping complex and transport hub which many Parisians loathe.

But a vast new steel-and-glass canopy unveiled this month by Hidalgo to put a lid on the problem has also been derided, branded a "custard-coloured flop" by the British daily The Guardian.

Under the terms of the deal for Pinault's collection, the entrepreneur and his family will be given a 50-year lease on the building, which they must also renovate.

It was not revealed how much the work would cost or how much rent he will pay.

The Japanese architect Tadao Ando will convert the building which was decorated with spectacular frescos representing trade with the five continents in the 19th century after a fire destroyed the original dome in 1802.

Asked if he was going to his expand his collection -- which already comprises 3,500 artworks -- to fill the new space, Pinault said, "When you see a new work you have to know when to jump on it. The big public institutions cannot do that.

"We are a museum in movement and (will be) very complementary to the existing institutions," he added.

In 2001, Pinault handed the reins of his empire -- which includes the Gucci, Yves Saint Laurent, Puma and Balenciaga brands -- to his son Francois-Henri, who is married to the Mexican Hollywood star Salma Hayek.

Since then the man once described as "the most powerful in the art world", has mostly dedicated himself to his art collection, installing it in the Palazzo Grassi in Venice and two other historic buildings there.

The Venice venues will work in tandem with the new Paris gallery, which will open in 2018, sources close to the collector told AFP.

Pinault had tried for years to build a museum on the site of an old Renault car factory on the Ile Seguin in the middle of the Seine west of Paris, but gave up in despair in 2005 over planning delays.

The He Art Museum, A Major New Art Centre In Guangdong, To Open This October