Joseph Harrington, one of the stars of the upcoming Design Miami fair, discusses the infinite power of glass and how his haunting sculptures represent the complexities of nature. 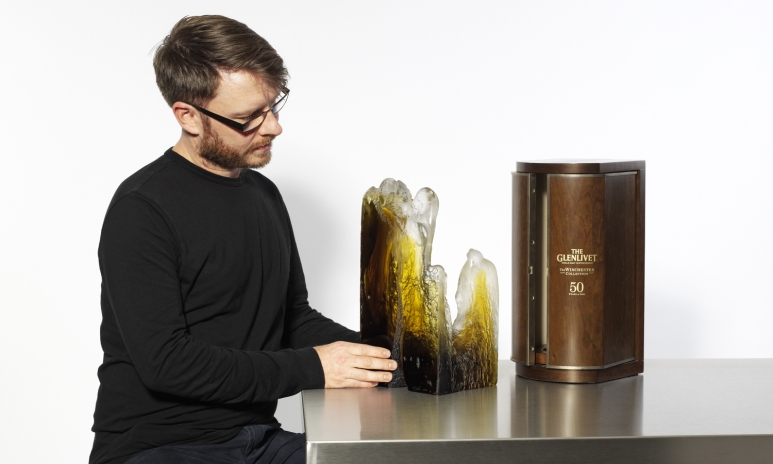 The highest selling whisky lot of this decade took place in Manhattan last month, which meant that for one relaxing evening, the topic of conversation switched from the election to the world’s best dram. On the 21st of October, Scotch-loving New Yorkers headed to Christie’s to take part in the world’s first auction lot that comprised of both a rare bottle of 50-year-old whisky owned and signed by its Master Distiller, Alan Winchester, and the opportunity to lay down the 2016 vintage in Speyside and receive the first bottle when it goes on sale in 50 years’ time. This sumptuous lot is the very definition of the gift that keeps on giving, which is perhaps why it went for not insignificant sum of $31,850.

Or perhaps the crowd was feeling particularly charitable given that all the proceeds were destined for the British Crafts Council’s A Future Made initiative which supports craftspeople on the international stage. Annie Warburton, director of the Crafts Council, has chosen to use the upcoming donation to sponsor Joseph Harrington, a graduate of the Royal College of Art who has pioneered a process of glass casting called the lost ice technique. This involves sculpting ice in salt in a complex procedure that leads to haunting, almost prehistoric sculptures that will be displayed alongside Design Miami later next week. We catch up with the extraordinarily talented British sculptor to find out more about his work and his upcoming exhibition.

Why are you so drawn to working with glass?
Joseph Harrington My initial passion was with ceramics - glass just happened to be part of my degree course. It wasn't until the last 6 months of my course that I realised that the solid dense matt ceramic forms I was making needed a lightness. I tried making holes in them and covering them in copper or gold leaf, until I realised it needed to be made with glass. So my adventure into cast-glass was born. Glass gave the forms life, depth and an internal structure I wanted to explore. I love the fact that it can be anything from dense black and opaque to optically transparent and invisible. This, combined with the equally open-ended nature of the model-making and casting process, makes the creative possibilities endless. 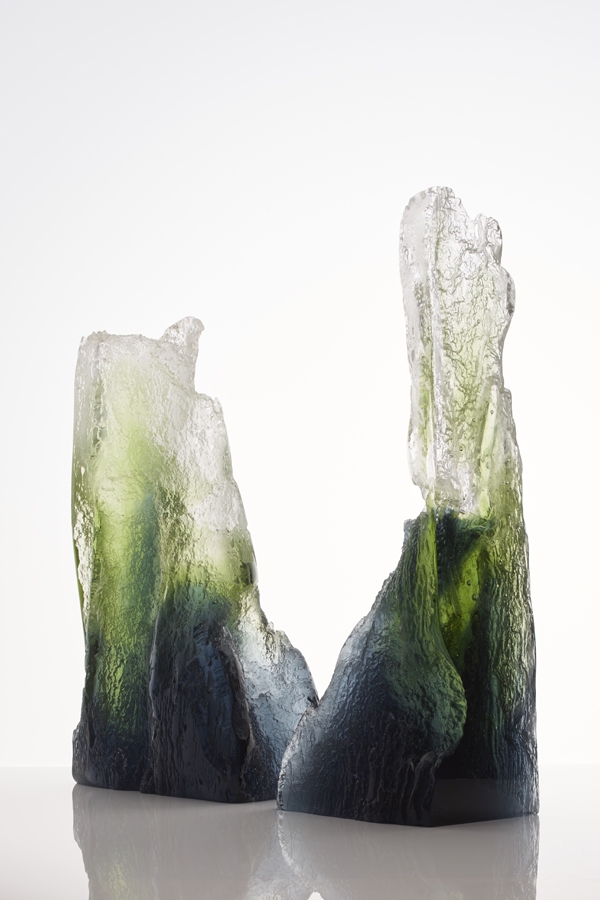 You've said that you try to convey a sense of movement from within your glass sculptures. Can you explain that?
JH Glass as a material is hard and can be quite clinical.  I want to convey the movement and energy of the material as it is flowing into a form. I want to make something look like it has just happened or is still happening - as if you will come back to it a couple of hours later and it might have evolved into something different.

How do you actually model the glass?
JH The sculptures all start as a block of ice. I was interested in how different they are physically but how similar they are visually. Using an ephemeral material is a way of having a spontaneity in the creating process: it keeps a freshness in your fingertips. The blocks of ice are eroded with salts that eat into the ice and sculpt the form.

Once I've sculpted the ice, I make a direct cast of it with a plaster refractory mould. The plaster sets and the ice melts, leaving a cavity to cast the glass. It is this directness that I find fascinating. I capture a moment when a solid goes liquid, and a liquid goes solid, creating an interface between the two materials like the connection between land and water. This transmission creates incredibly detailed surfaces that have such freshness.

The glass is then cast into the mould in a kiln and cooled very slowly. Most casts take one or two weeks. Once cooled, the mould is broken off to reveal the form of the glass. This glass is then cut ground, sculpted and polished by hand to its final form. 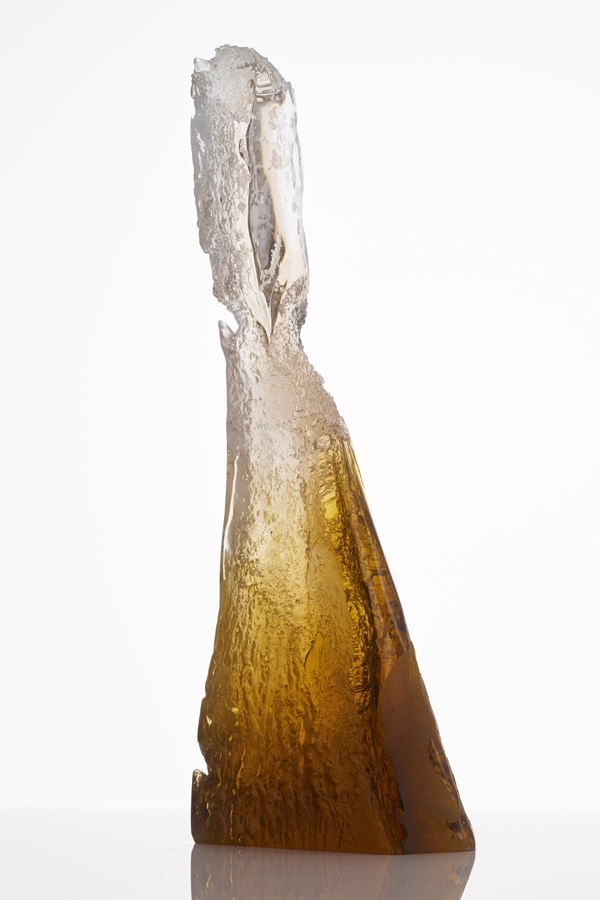 Can you tell us about the work you'll be taking to Design Miami?
JH Ravine is inspired by Mount St. Helens volcano in Washington State, in the North West. It erupted in 1980 and totally transformed the landscape. I was struck by the power of the environment, and how little it has regrown. It is still covered in a grey blue ash with some green shoots of recovery. It was particularly poignant to me as I was born 6 months after the eruption, placing me in a landscape that is effectively as old as I am.

This article first appeared on hk.asiatatler.com