Get To Know The 15 Biggest Art Collectors In Hong Kong

The movers and shakers in the local art scene

It's Hong Kong Art Week, and the city's biggest buyers are all out and about hunting for new pieces to add to their ever-growing collections. Get to know 15 of the most important players on the local art scene below, and keep an eye out for them during the week. 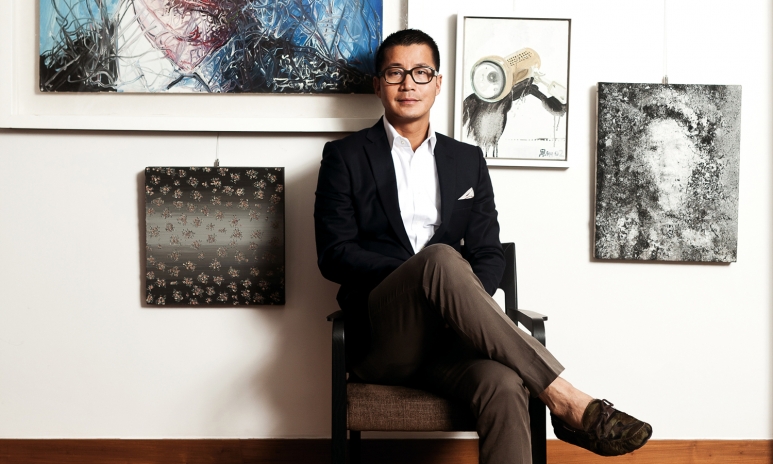 HK Tatler’s editor-at-large for art William Zhao has been a serious collector for more than a decade, during which the ex-banker has amassed more than 300 works. The meticulously curated collection includes sculptures and paintings from all over the world, from 1,500-year-old Pakistanian Gandhara Buddhist figurines to a drawing by Picasso. 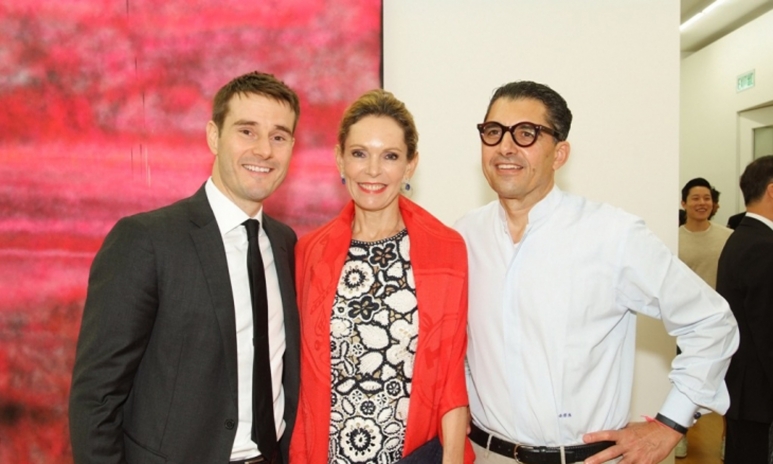 Sourced from all over the world, the diverse collection covers Euro-American, Indian and Asian art, including rare pieces that are regularly loaned out to local as well as international institutions for exhibitions. 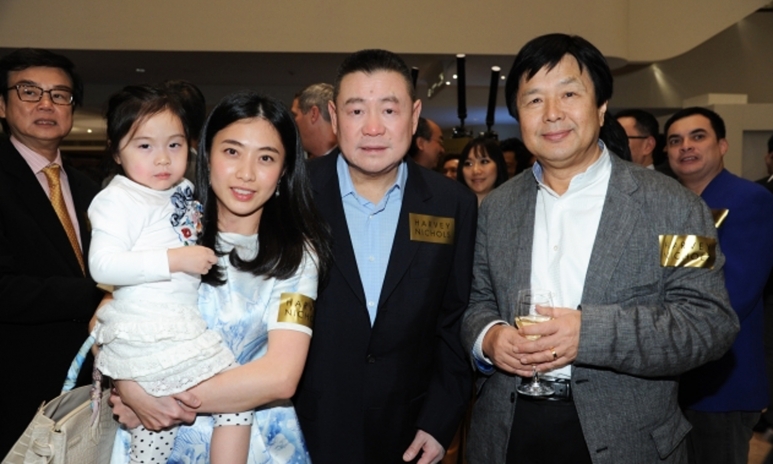 Real-estate tycoon Joseph Lau is one of the richest men in Hong Kong. As an avid collector for over 30 years, he has poured a significant amount of his US$15 billion net worth into art acquisitions. Lau has a special fondness for Warhol, and has several pieces by the pop art luminary amongst his US$1 billion collection of contemporary art.

He has made headlines for a number of record-breaking purchases, including Andy Warhol’s portrait “Mao” for US$17.4 million, Paul Gauguin’s “Te Poipoi” (The Morning) for US$39.2 million, Roy Lichtenstein's The Ring (Engagement) for US$41.7 million and Pablo Picasso's Buste de femme for US$67.4 million. 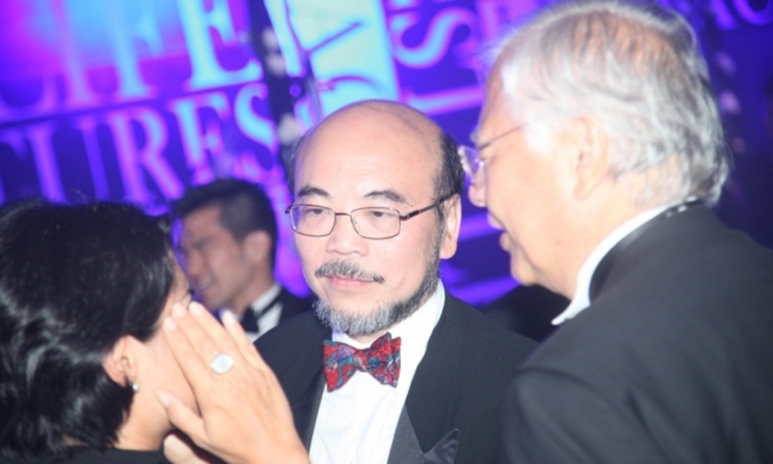 As the head of Gold Peak Group, PMQ Management Company, Hong Kong Design Centre and the M+ board, Victor Lo balances a lot on his plate. His background in business and art, a relatively rare combination in Hong Kong, has placed him at the forefront of the city’s cultural scene.

Lo also owns a world-famous collection of 20th century Chinese contemporary art, with a focus on ink paintings by artists such as Bai Xueshi, Cheng Shifa, Jiang Zhaohe and Li Keran. A selection is frequently on display at family-owned restaurant Duddell’s. 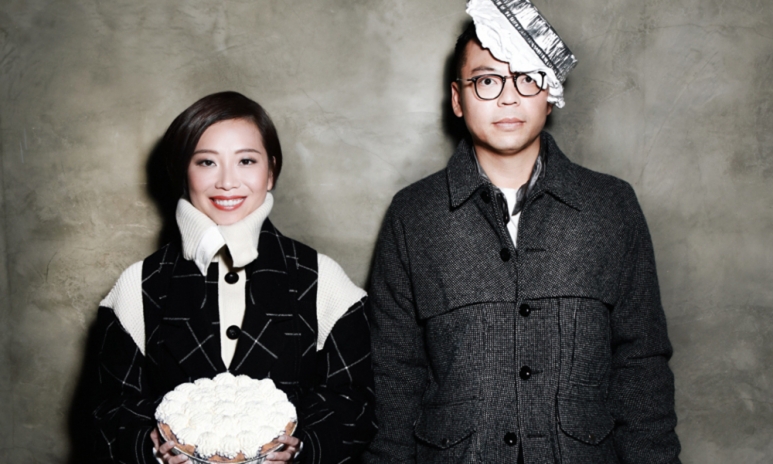 Like his father Victor, Alan Lo is a prominent patron of the arts. The head of Classified Group and chair of Design Trust, his lifestyle ventures like The Pawn, Potato Head and Duddell’s boast enviable collections of art and design. 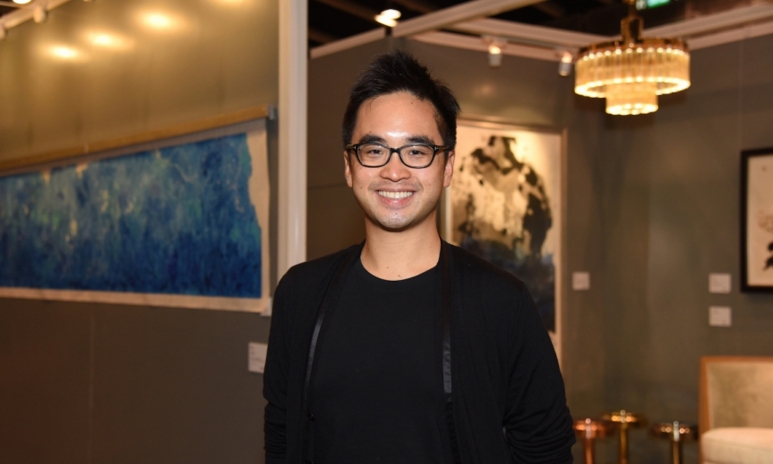 Scion of the Cheng family and heir to the New World fortune, Adrian Cheng is one of Hong Kong’s most high-profile art supporters. His K11 “Art Malls” and non-profit K11 Art Foundation have changed the local cultural landscape by combining art and commerce to make art more accessible to the general population, as well as raising the international profile of Chinese artists.

His private collection—which he keeps separate from K11’s—consists of mostly emerging artists, although he also has pieces by well-known names such as David Hockney, Zhang Enli, Zhang Ding, Tatiana Trouvé and Adrián Villar Rojas. 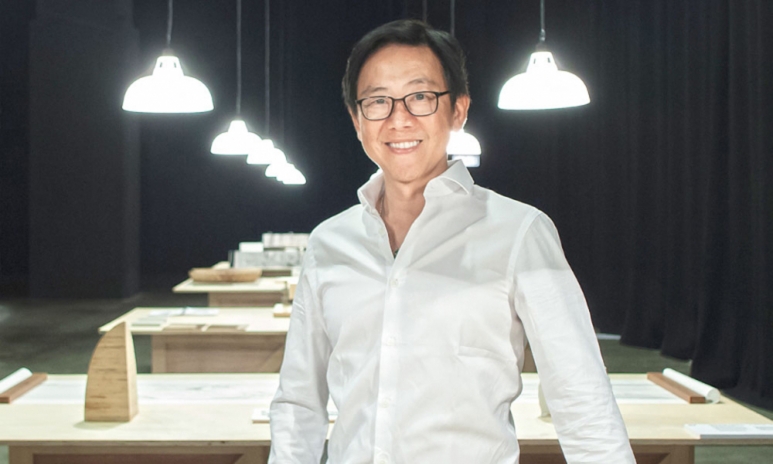 Architect, artist and collector William Lim is arguably the world’s foremost collector of Hong Kong contemporary art. The multi-hyphenate and founder of CL3 Architects bought his first piece in 2006, an ink painting by Wilson Shieh, and he hasn’t looked back since.

His current 200-plus multimedia collection, which focuses on young and mid-career local artists such as Nadim Abbas, Tozer Pak and Lee Kit, as well as personal favourites Lam Tung-pang and Chi Hoi, is displayed in his 5,300-square-foot studio in Wong Chuk Hang.

In 2014 he published “The No Colors”, a definitive catalog of Hong Kong artists based on his personal collection. 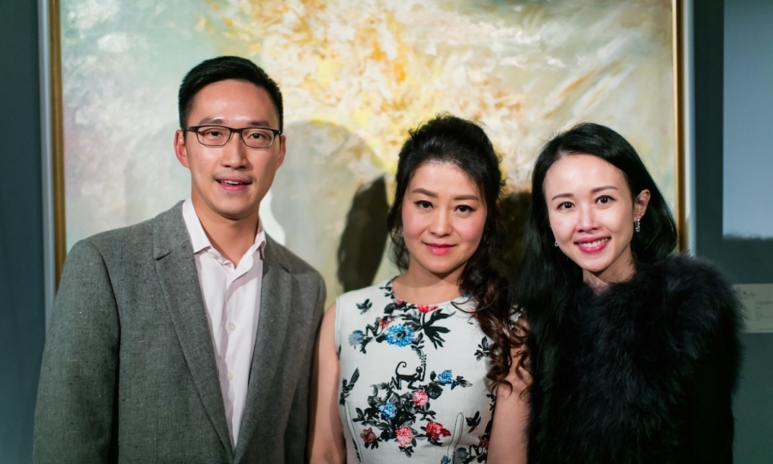 Financial whiz Evan Chow is managing partner at MCL, one of the city’s leading boutique financial services firms, but his other passion is art. His weekend home in Sai Kung is filled with contemporary paintings and sculptures by Nick Mauss, Jin Meyerson, Alicja Kwade, Chris Huen and Cui Jie.

He can often be spotted at art openings around town. 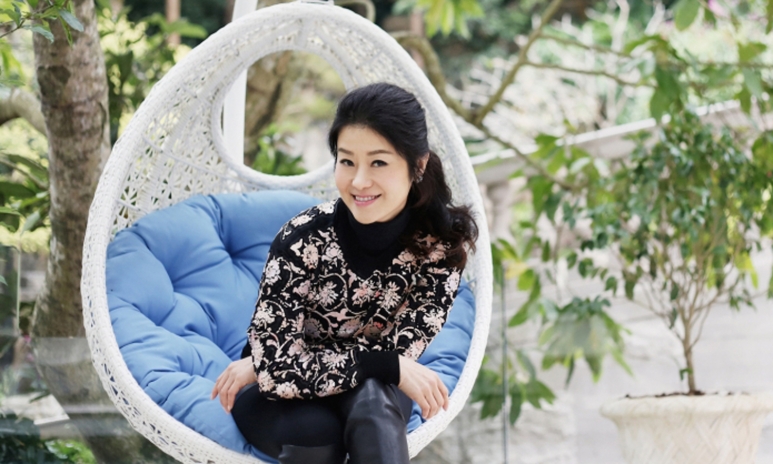 Philanthropist and collector Cecilia Cheung owns a treasure trove of masterpieces by mononymic artists  the calibre of Picasso, Degas, Warhol and Monet. Influenced by the impressionist and abstract expressionist movements, she is also a painter in her own right. 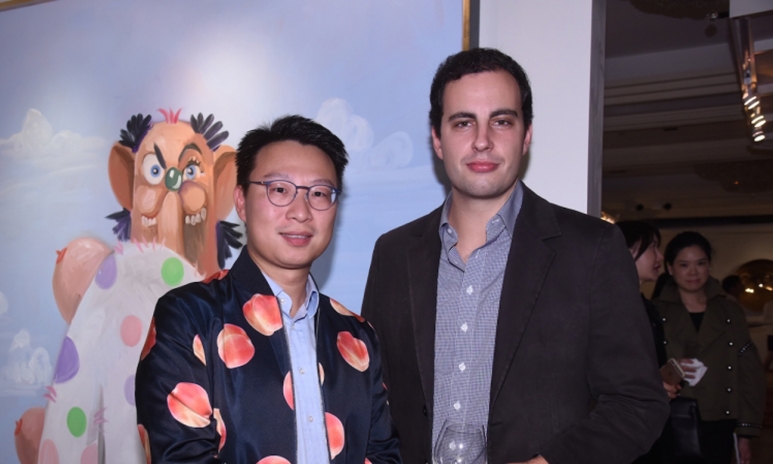 Collector Lawence Chu, who is managing partner of BlackPine Zheng He Capital Management and patron of the Ullens Center for Contemporary Art, first entered the art world while a student at the University of Chicago.

He has a diverse and ever-evolving collection of both emerging and established artists, ranging from performance pieces by Josh Kline, Danh Võ, and Alicja Kwade to abstract expressionist paintings from Kenzo Okada, Mark Bradford, T’ang Haywen and Lui Shou Kwan. The common link? A continued interest in the avant garde. 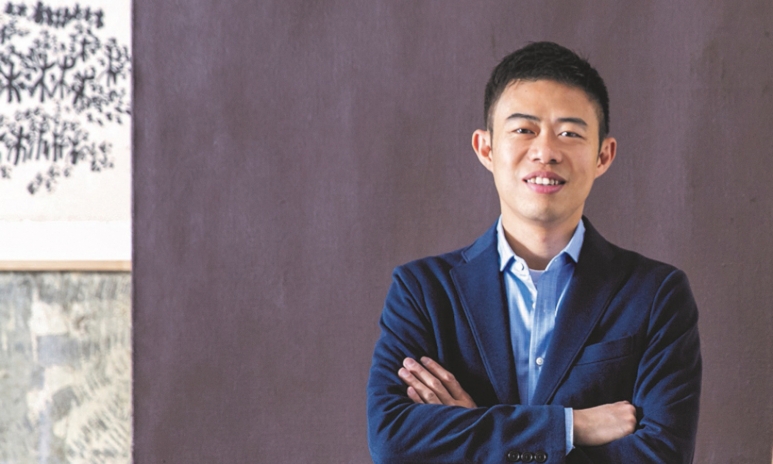 Contemporary art collector Alan Lau co-chairs ParaSite and the London Tate Asia-Pacific Acquisitions Committee, in addition to being board member of M+ (to whom he was one of the first local donors). The management consultant first started collecting eight years ago with a text-based piece by local graffiti artist Tsang Tsou Choi. 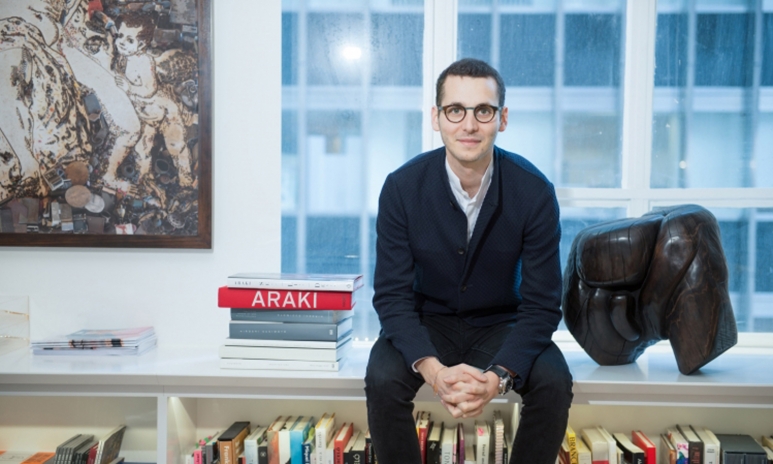 His private collection is not insignificant, either—he owns some video work by Christian Marclay and a Takahiro Iwasaki sculpture from the “Reflection” series, as well as pieces by Lee Ufan, Park Seobo and Larry Bell. 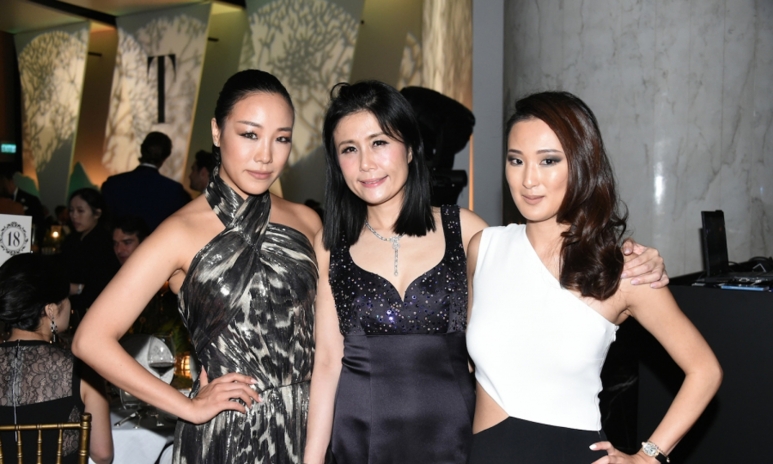 Ex-litigation lawyer Denise Lo is currently the regional vice-president for Christian Dior Couture Asia-Pacific. The watch and jewellery connoisseur, who has a background in luxury brands such as Chanel, Roger Dubuis and Richard Mille, is also a lover of art.

Lo owns a large collection of colorful contemporary works, but her favorite piece is a framed drawing by Yoshitomo Nara, which was a gift from her best friend Patti Wong. 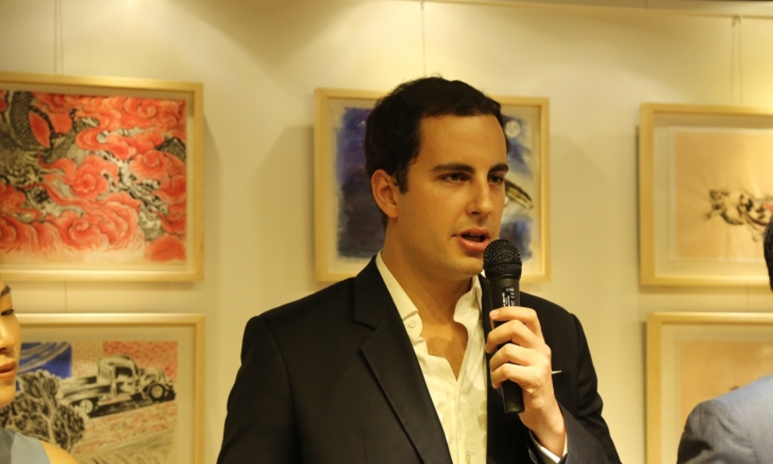 Artshare CEO Alexandre Errera is spearheading The New Circle, a private club for serious art collectors under 40. Like many young art buyers, the Frenchman grew up surrounded by art—his father was French ambassador to the UK, and their official residences were filled with national treasures.

Errera bought his first painting when he was 26—a Chinese contemporary piece by a then up-and-coming artist Wang Yi, born in 1991. His predominantly Chinese collection has rapidly expanded in the last five years, numbering at more than 50 pieces today. 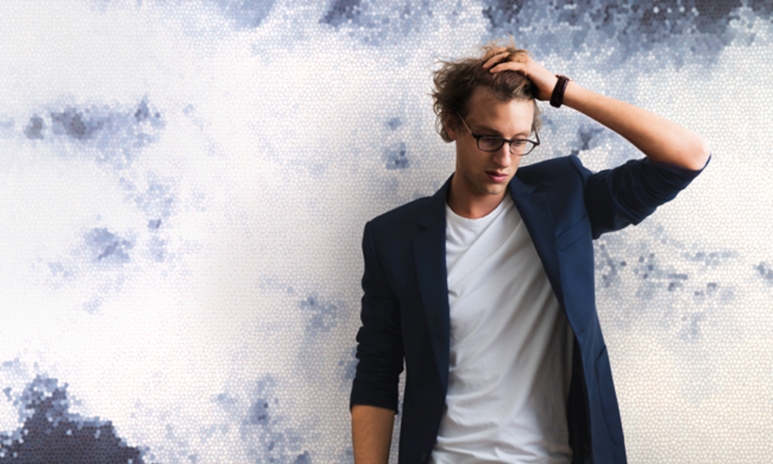 Arthur De Villepin is founder of international lifestyle group Art de Vivre, and the son of well-known sculptress Marie-Laure and former French Prime Minister Dominique de Villepin. The young CEO grew up in the art world, with painters such as Zao Wou-ki, Pierre Soulages and Miquel Barceló regular guests at their dinner table.

Although his most prized paintings are safely locked away, de Villepin maintains a large collection of works in his mid-Levels flat by artists like Xu Qu, Sun Xun and Myonghi Kang.