8 Must-See Artists At The Venice Biennale 2017

With the Venice Biennale in full swing, here are the exhibitions you can't miss 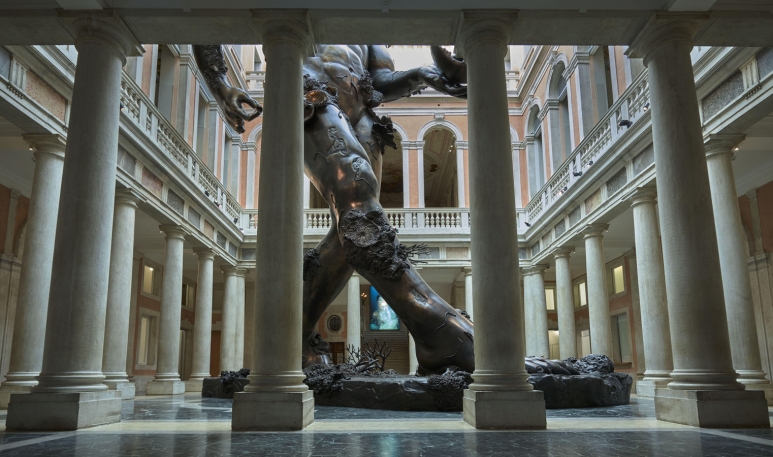 The cultural extravaganza that is the Venice Biennale has just begun, and will run until late November. It unfolds over the course of nine “trans-pavilions,” which follow one another like chapters of a book, showcasing the work of 120 artists. Of those, 103 are participating for the first time, and their backgrounds, aesthetics, perspectives and even ages are some of the most diverse ever.

Read more: Top 5 Art Exhibitions In Hong Kong This May

The 57th edition of the biennale is titled Viva Arte Viva, with 51 countries being represented. Outside the official venues, a number of satellite exhibitions shift between the classic and the contemporary. There's a lot of ground to cover, but if you need a place to start, here are eight must-see artists exhibiting this year. 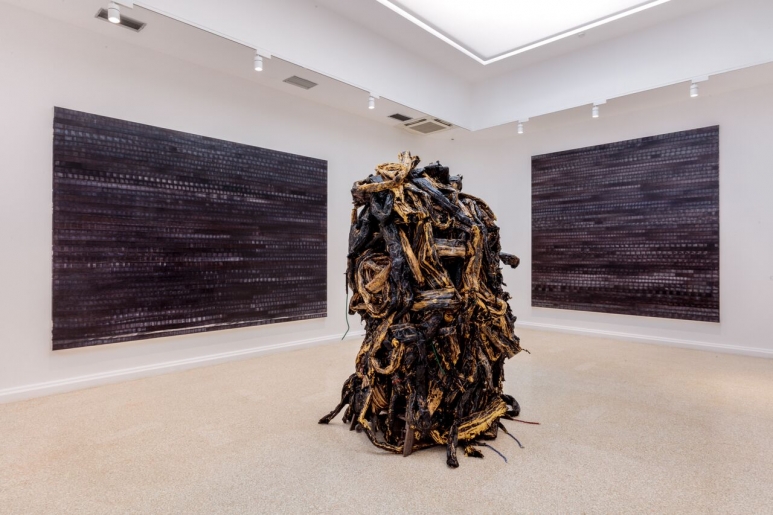 Representing the United States, Los Angeles-based Mark Bradford is known for large, imposing works—not surprising, perhaps, given that he stands at two metres tall. They sprawl across walls, richly layered and collaged with materials such as endpapers and industrial paint.

The 10 paintings, sculptures and video installations the 56-year-old artist has brought to Venice are no exception. Presented under the title Tomorrow is Another Day and on display throughout the five galleries of the U.S. Pavilion, the works consist of a multilayered narrative that intertwines personal experience and social history, high art and pop culture in a socially charged tableau. 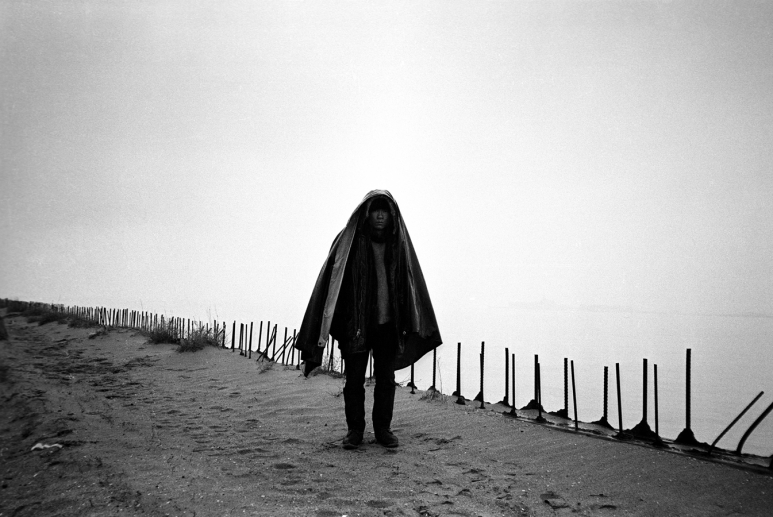 Metaphorical performance art projects define much of Tehching Hsieh’s practice. The 66-year-old conceptual artist, the sole representative of Taiwan at the biennale, is in Venice with an exhibition titled Doing Time, curated by the renowned Adrian Heathfield.

The show is a milestone in Hsieh’s 40-year career, as it marks the first time that several of his year-long works—from the One Year Performance series he started in New York in 1978 as an illegal immigrant—can be seen together in their fullest forms. Previously unexhibited early works performed in Taiwan are also on display.

Exploring the notions of human endurance, self-discipline, freedom and physical and psychological control, the series showcases philosophical investigations into the nature of time, life and being, making for a haunting study of struggle and resilience. 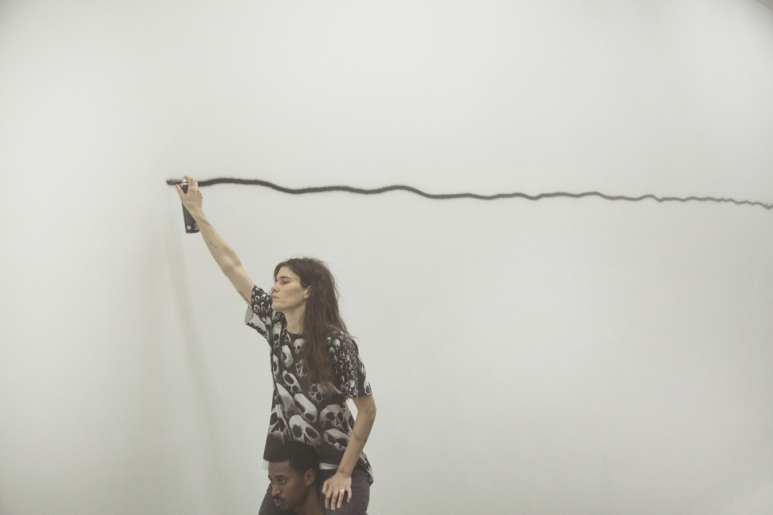 Representing Germany at the biennale, 38-year-old Anne Imhof is known for creating visually rich presentations that take the form of strange reveries—intimate yet multilayered studies of movement, gesture and action. One such performance is Faust, which is at the German pavilion under the curatorship of Susanne Pfeffer.

The piece, a five-hour production that also bills itself as a seven-month 'scenario' set to play out over the course of the Biennale, is a black metal, goth dance played out in half-time, the performers lunging their bodies atop a glass platform supporting a grid of metal girders.  They embrace each other and march in unison,  moving in slow motion to a soundtrack of dance music, monastic chanting and screaming.

Read more: Carlos Cruz-Diez On The Magic Of Colour 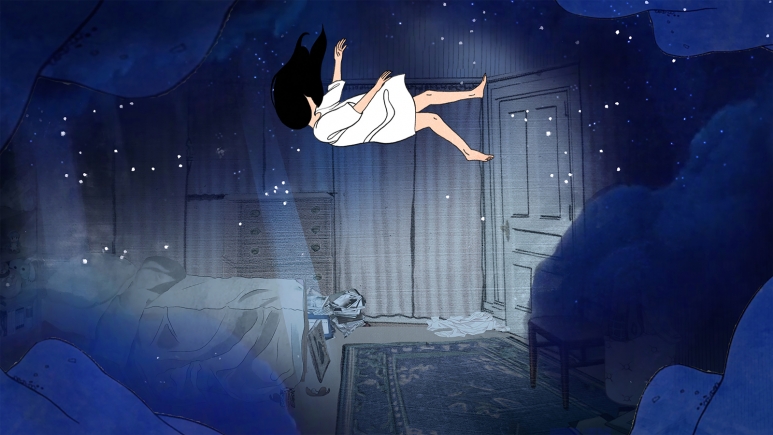 Just into her 30s, Rachel Rose has experienced a meteoritic rise since winning the 2015 Frieze Artist Award and debuting at the Whitney Museum of American Art the same year with a widely acclaimed solo show.

The artist is known for dreamlike video works underscored by unnerving messages and compelling ideas (mortality, global warming, history, technology)—visually poetic montages that are neither narrative nor abstract yet translate what a place or thought feels like by collaging and layering.

For Lake Valley, on view in the Central Pavilion, Rose has turned to the realm of fairytales, and created a video about the story of a furry creature trying to find a friend in a spooky dream forest.  It's an enchanting, multi-sensory piece, exploring the borders between self-development and adulthood.

Beijing-based Guan Xiao tries to steer away from the label “post-internet artist,” but, looking at her work, it’s obvious the tool—and the advancement that comes with it—is a big part of her creative endeavours. Both her sculptural and video pieces, which are often interconnected, draw on imagery found on the net, treating it both as a source and a platform.

See also: Is This The Most Instagrammable Art Ever Created?

David, her film at the biennale, is a case in point. Named after Michelangelo’s sculpture, it is an absurdist commentary on the contemporary commercialisation of a centuries-old statue.

Guan draws on a variety of online video material for it, from professional tourism ads to amateur recordings, video selfies to merchandise, pointing at the whole cloud of souvenir tat that has come to envelop this showpiece of Renaissance art as evidence that, in the case of certain mass-reproduced artworks, we have forgotten how to marvel at them. 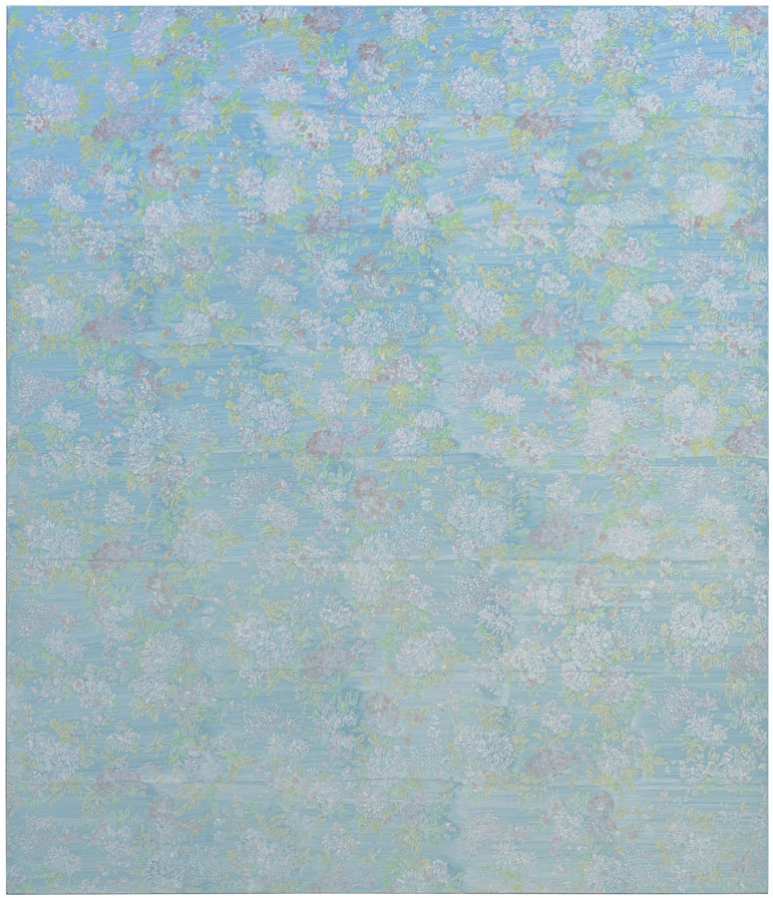 Having represented China at the Venice Biennale in 2011, Liang Yuanwei is back with another show, but this time outside the canonical venues of the art festival, focusing on her process-based approach to making art. Titled Behind the Curtain (Dietro le Quinte), the exhibition is presented by the K11 Art Foundation and curated by Pompidou Centre's Loïc Le Gall.

Known for her large, intricate wall-mounted oil paintings and richly textured impasto canvases, Liang experiments with what could be called “female” materials—samples of clothing, curtains and cloth, whose patterns she painstakingly simulates in some of her most captivating works. The results are visually stunning pieces driven by ideas about calm and chaos, transience and timelessness, romance and solitude.

The Venice show captures all that, presenting well recognised, new and unseen works from the artist. 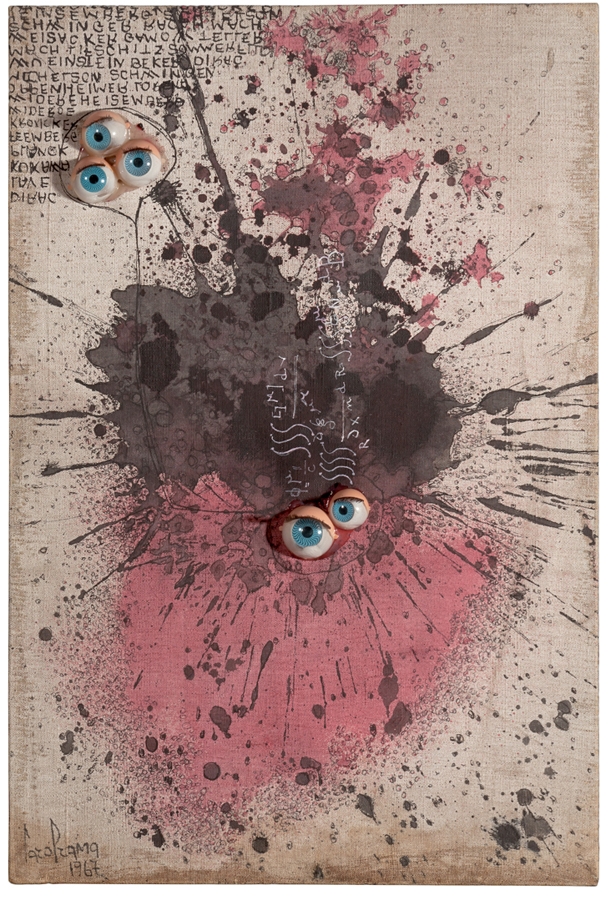 A feminist icon and one of the most prolific and persistent female artists of her time, the late Carol Rama was ignored by the art sector for most of her life, only to receive widespread recognition in her 80s. It’s a story we’ve heard before and adds poignancy to the exhibition Carol Rama. Spazio piu che tempo (Carol Rama. Space even more than time), at Palazzo Ca’Nova on the Grand Canal.

See also: Do Artists Become More Interesting After They Die?

The show explores the many stages and developments of Rama’s artistic career through 30 works, with particular focus on her unique command of composition. Rama’s creative outpouring explores sexuality and desire, the female body and lustfulness, but also abstraction and assemblage in the vein of Arte Povera. It’s hard to pin Rama down to one spot, which is why her work is still so fresh and current today. 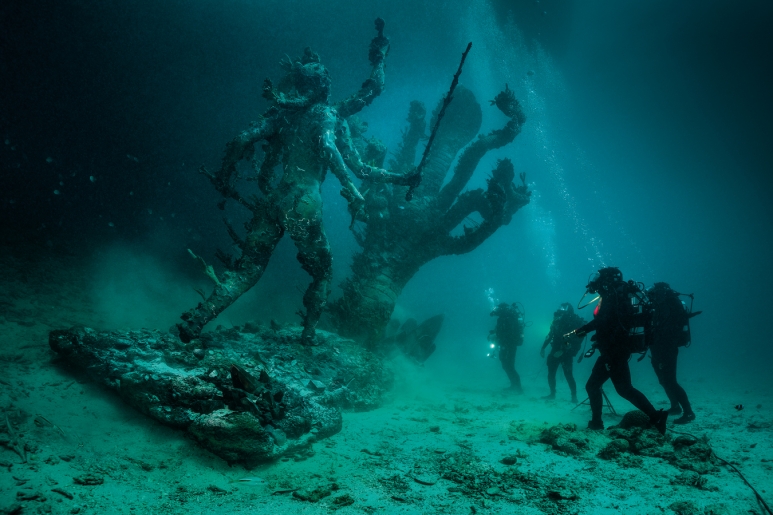 Not one but two Venetian museums, the Palazzo Grassi and the Punta della Dogana, have opened their doors to what has perhaps been one of the most anticipated (and guarded, prior to its opening) exhibitions of the year: Damien Hirst’s Treasures from the Wreck of the Unbelievable.

Features 190 works, it presents an ambitious visual fairy tale that wants visitors to believe that everything on display was dredged up from a shipwreck off the coast of East Africa—including an 18-metre-tall headless Buddha made of jade, a goddess whose face looks oddly like Kate Moss, a marble pharaoh that resembles Rihanna and a bronze statue of Mickey Mouse covered with centuries of marine accretion.

Unsurprisingly, critics have been divided on the show’s artistic value, but if the general astonishment and bewilderment of most attendees is anything to go by, you’re at least in for an interesting, hard-to-forget visual experience. Which is perhaps exactly what Hirst wanted.

Read more: 5 International Art Happenings To Look Forward To In 2017